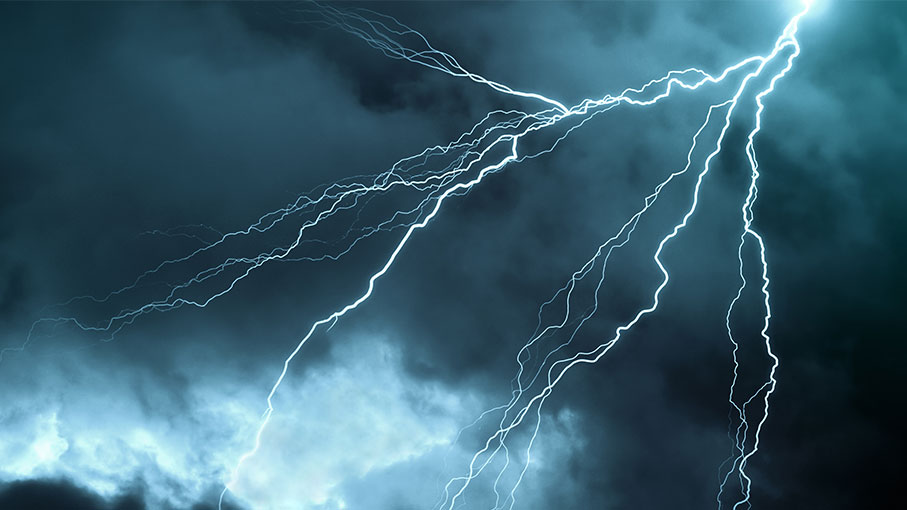 The phenomenon of overvoltages is caused by electrical operations on the distribution line, parasitic interference, short-circuit current interruptions, ground faults and above all by direct or indirect lightning strikes occurring during thunderstorms. Lightning strikes, indeed, are violent discharges that produce very brief high-intensity currents that can exceed 200 kA. To prevent risks, lightning ground strikes need to be detected using instruments that are sensitive to the electromagnetic field generated by the lightning current. On the other hand, the increasing popularity of electrical and electronic equipment that is sensitive to overvoltages in low-voltage networks has made it even more crucial to adopt increasingly efficient protection systems. Faults caused by overvoltages can in fact lead to losses of service, data and productivity whose costs far outweigh those of any protective equipment.

Surge Protection Devices (SPDs), also known as “surge arresters”, are designed to protect electrical systems and equipment against transient surges and spikes. Transient surges consist of a short-term voltage peak (less than one millisecond), which can reach an amplitude many dozens of times the standard mains voltage. In electrical and electronic equipment, the resistance to transient overvoltages, known as "impulse withstand", is of huge importance. For this reason, devices are fitted with systems isolating the parts connected to the phases from ground or neutral. This isolation that can vary from a few hundred volts, for sensitive electronic equipment, up to a few kilovolts for an electric motor.

SPDs can be classified into three test classes according to the classification and parameters provided by the manufacturer, depending on the intended application and in compliance with the HD 60364-5-534 or EN 62305 series standards. SPDs in test class I are built to disperse most of the lightning current. The lightning test current IIMP, when the maximum discharge capacity needs to be tested out, has a 10/350 µs (microsecond) waveform. Meanwhile, in order to test out the nominal discharge current IN, the test current uses an 8/20 µs waveform. Class II SPDs are not suitable for protecting against direct lightning strikes but can be used to disperse currents caused by induced overvoltages or small fractions of lightning current. They are tested with the nominal discharge current IN (8/20 µs) and optionally with the maximum discharge current IMAX (8/20 µs). Class III devices are used to protect equipment connected to circuits already protected with class I or II SPDs. For example, they can be installed in the vicinity of the equipment to be protected or marshalling cabinets.

SPDs divert the discharge or impulse current, limiting overvoltage in downstream devices and typically contain a non-linear component such as a varistor or spark gap.

Varistor-based surge arresters are characterized by a high impedance when there is no surge present (normally above 1 MΩ). SPDs based on spark gaps (also known as voltage switching SPDs) include components made up of two electrodes in close proximity which isolate one part of the circuit from the other up to a certain voltage level.

Download our slides and find out more details about GM International's SPD range!