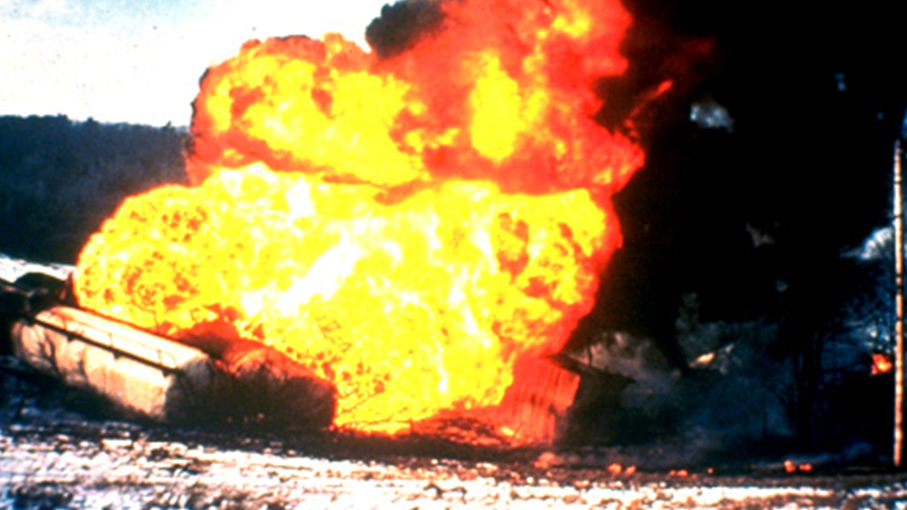 Knowing and avoiding a BLEVE explosion

The BLEVE phenomenon (Boiling Liquid Expanding Vapor Explosion) occurs when a tank containing a fluid collapses as a result of overheating.

Many italians will remember in August 2018 one of the most catastrophic explosions in Italy, in Borgo Panigale, close to Bologna. A tanker loaded with LPG struck a truck full of solvents in polyethylene containers: dozens of cars involved, a dead man, a hundred wounded, a collapsed bridge. After a few minutes, the steel of the tank began to fall apart, the pressure of the gas rose and the tank became a bomb: a first explosion, a series of bursts, then the final one with the fire that obscured the sky.

It was a BLEVE, a phenomenon identified by J. B. Smith, W. S. Marsh and W. L. Walls in 1957. Other researchers have proposed alternative definitions. AIChE (American Institute of Chemical Engineers) has defined it as a sudden loss of containment of a pressurized liquefied gas, which is, at the time of failure, above its boiling point at atmospheric pressure, resulting in rapid vapor expansion and fluid flash.

In any case, in a BLEVE the vapor content leak very rapidly and instantaneously carried the underlying liquid to ambient pressure; the liquid is not in balance and overheats before evaporating instantly, the evaporation is so strong (usually indicated by the acronym RPT, Rapid Phase Transition) that the vapor formed can’t vent through the slot and pressurize again the tank causing the explosion.

Causes and analysis of the phenomenon

A BLEVE requires the occurrence of three actors: 1) a liquid above its boiling point at atmospheric pressure; 2) the containment that allows the pressure of the liquid to be high enough to prevent it from boiling; 3) a sudden loss of containment which determines a rapid drop in pressure on the liquid.

This type of explosion can be extremely dangerous due to the shock wave and the projection of the fragments.

But in the case of flammable substances the physical explosion can be followed by fire or explosion (the Flammable Liquid BLEVE usually forms a fireball). It is also known as the “Boil-Over”, which occurs when water is poured into tanks containing heavy oils or bituminous oils at the temperature greater than the temperature necessary to have explosions. Similar conditions may happen when boiling liquids are placed on the bottom of tanks containing heavy liquids at high temperatures and, if after release, the vapor cloud is triggered, an extreme explosion (provoked by the fuel/combustor ratio) called VCE (Vapor Cloud Explosion) or a violent ignition (flash fire) may happen, not counting the risks of environmental contamination if the involved gases are toxic.

Today, containers and tanks are equipped with ventilation valves to allow the evacuation of the gas thus avoiding explosions. However, there is still a remote risk that the valve will not be able to release enough vapor.

Because of that, in line with the safety policies in the process industry expressed by the European Federation of Chemical Engineering (EFCE), it is important to implement strategies to “prevent losses” of product or energy. Different studies and simulations have been made using Finite Element Models (FEM) to reduce the risk in road and rail transport of LPG adopting passive protection against the effects of fires. Tanks without passive protection can break in few minutes, while breakage conditions, during long simulation periods, are never reached adopting protected tanks with insulating coatings.