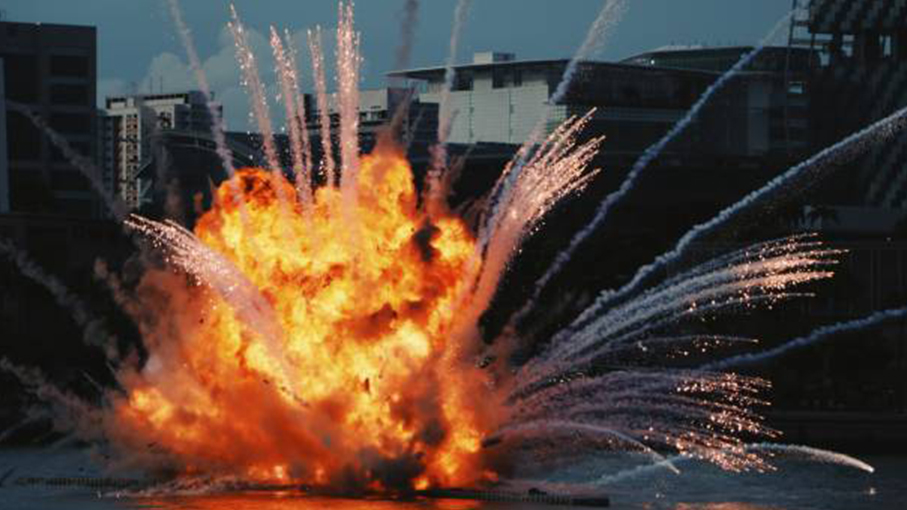 The CEI EN 60079-10-1:2016 standard represents a paradigm change in the classification of hazardous areas and in the reduction of the ALARP risk.

EN 60079-10-1:2016 came into force definitively in October 2018 introducing a real revolution – especially in Italy and Europe – by reducing the so-called ALARP risk (as Low as Reasonably Practicable) in relation to the possibility that risk may not be completely removed.

Even in contexts where risk assessment techniques are more advanced, such as the application of the Seveso III Directive (Legislative Decree no. n. 105/2015), the typical approach involves both the calculation of the frequencies of the most probable events and the simulation of foreseeable release effects, without linearly combining the two parameters. In this respect, Article 5.1 of EN 60079-10-1:2016 specifies that control systems designed and installed in accordance with functional safety standards (e.g. EN 60079-10-1:2016, IEC 61508, IEC 61511, IEC 62061, IEC 60079-29-3) may reduce the potential of an emission source and the amount of its release.

Where applicable, the Safety Instrumented Functions (SIF) connected to Safety Instrumented Systems (SIS) may be considered in the classification of hazardous areas. The dimensioning of the Safety Integrity Level (SIL) of the various Safety Instrumented Functions related to the SIS must necessarily start, in the ALARP logic, from the identification of the boundaries between "tolerability" and "generalized tolerability" of the risk in the ATEX context. This parameter can be calculated by adopting a definition of risk and numerically determining the critical parameters it contains.

Changes introduced by the standard

On this basis, the classification standard appears to be particularly innovative. It will fundamentally change the technical methodologies for classifying areas where flammable gases and vapours may become hazardous. The main innovations of EN 60079-10-1:2016, compared to the first edition of the 2010 standard, are the complete restructuring and subdivision into sections of the document aimed at identifying possible methodologies for classifying hazardous areas and providing further explanations on specific assessment factors. In addition, compared to the first edition of the standard, both the LEL and the UEL (Lower and Upper Explosion Limits) have changed and been replaced by the more appropriate Lower and Upper Flammability Limits (LFL, UFL). The amendment was probably introduced to specify that the explosion of an ATEX does not depend on a specific mixture ratio but on other parameters such as, for example, the plane-volumetric congestion in which the release occurred, the plane-parallel confinement, the ignition energy of the starting source, the total magnitude of the release, the location of the ignition source, etc.

On the subject of rare malfunctions, the introduced examples are particularly interesting. They include the failure of separate and independent process controls, from which a chain of events could be generated, leading to a major release of flammable substance. Rare malfunctions may also include unforeseen circumstances in the project, such as unanticipated corrosion from which an emission could arise.

A catastrophic failure is closely related to the concept of rare malfunction and, as such, the standard defines it as an event exceeding the design parameters of the process plant and the control system causing a release of a flammable substance (e.g. major accidents at process containments, catastrophic flange failure or related seals to apparatus or piping systems). The standard therefore applies in places where there may be a danger of ATEX ignition caused by the presence of flammable gases or vapours. However the following are excluded from the scope of application: mines with possible presence of firedamp, places where explosives are processed and produced, places where the danger may occur due to the presence of dust or combustible fibres. The principles of the standard can be used for evaluations with hybrid mixtures, catastrophic failures, commercial and industrial applications where low pressure gases are used, medical rooms, domestic environments.

With regard to the effects of an explosion, the standard provides a definition of negligible extent (NE) which does not appear very different from what was stated in the first edition. In “some cases”, the text says, a NE zone “may arise and can be treated as non-hazardous. This zone implies that an explosion, if it were to occur, would have negligible consequences.” As an example of a NE zone, the new standard identifies it as a cloud of natural gas with an average concentration of 50% over the LFL and with a volume below the minimum between 0.1 m3 or 1% of the evaluated enclosed space. These indications were already present in the previous edition in relation to the hypothetical volume of explosive atmosphere (Vz).

A particularly important paragraph of the regulatory text relates to the skills required by personnel performing the classification of hazardous areas. Knowledge of the specific properties of flammable substances, of the principles relating to the release and dispersion of flammable gases and vapours and of processes and equipment in general are required. The competence must be appropriate both to the type of plant under analysis and in terms of knowledge of classification methodologies.