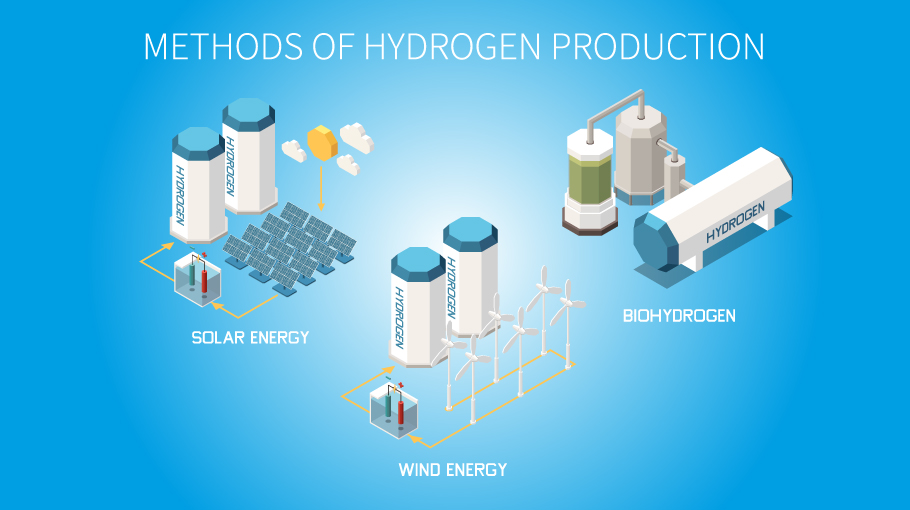 Hydrogen is a flexible energy carrier that can be produced from any primary energy source. In addition, it can be effectively converted into any form of energy for industrial applications.

By 2050, clean hydrogen could meet 24% of the worldwide energy demand, with an annual turnover of 630 billion euros. For Europe, this could result into one million jobs in the hydrogen value chain. These are just some of the goals of the European hydrogen strategy, which aims to produce one million tons of green hydrogen by 2024 and 10 million tons by 2030.

To do this, it is necessary to reduce the cost of producing green hydrogen by water electrolysis powered by renewable energy. Currently, it has an almost insignificant market share and costs twice compared to grey hydrogen produced from fossil fuels. This is a change that will take time. In the meanwhile, other forms of low-carbon hydrogen are needed to rapidly reduce emissions and support the development of a sustainable economy. In this period of transition, the so-called "blue hydrogen” produced from natural gas through carbon capture and storage will bridge to the new phase.

The European Union has also presented a strategy for the integration of the energy system with a more circular model, focused on energy efficiency, and on a greater electrification of fields of use and clean fuels promotion.

The European Commission estimates that the hydrogen amount in the energy mix should increase from current less 2% to 13-14% by 2050, and over the next 30 years, between 180 and 470 billion euros can be invested in the green hydrogen production get exclusively from renewable sources and not from fossil fuels. Due to its characteristics, hydrogen will let to solve those problems that until now have made difficult the use of renewables. Hydrogen can be a raw material, a fuel, a carrier, and a means for energy storage. Therefore, it has many possible CO2-free applications in industry, transportation, and power generation.

The future of the hydrogen

With the use of alternative energy sources, green hydrogen can become competitive. Its use can be fostered by technological innovations, incentivization policies and effectively incorporated into plans for sustainable development and global reduction of CO2 emissions. Activities and industries that can be "de-carbonized" include chemical production, iron and steel production, and long-distance transportation. Hydrogen is also one of the significant options for energy storage. Producing hydrogen with "low-carbon" energy is currently expensive, but fuel cells, refueling stations and electrolyzers can cut costs through economies of scale and infrastructure development.

First of all, hydrogen applications and market potentialities are based on its physical characteristics: it is light, storable, reactive, has a high energy content per unit mass, and can be easily produced on an industrial scale. The interest in a large use of hydrogen for clean energy systems insists on two additional features: it can be used without direct emissions of air pollutants or greenhouse effect gases, and it can be produced from different "low-carbon" energy sources. Its provision requires generation from renewable electricity, biomass, nuclear, or fossil fuels supported by CCUS (Carbon Capture, Utilization and Storage) technologies involving carbon capture, utilization, and storage. Currently, numerous opinions in favor of hydrogen come from renewable energy suppliers, industrial gas producers, power and gas distribution companies, cars manufacturers, oil & gas companies, engineering companies, institutions, and governments of the world's largest economies. Hydrogen has never captured such international and cross-sectoral interest especially in terms of energy demand, particularly in the aviation, marine, iron and steel production, chemical, industrial furnaces, thermo technology, integrated long-distance and large load transportation, and heating for homes.