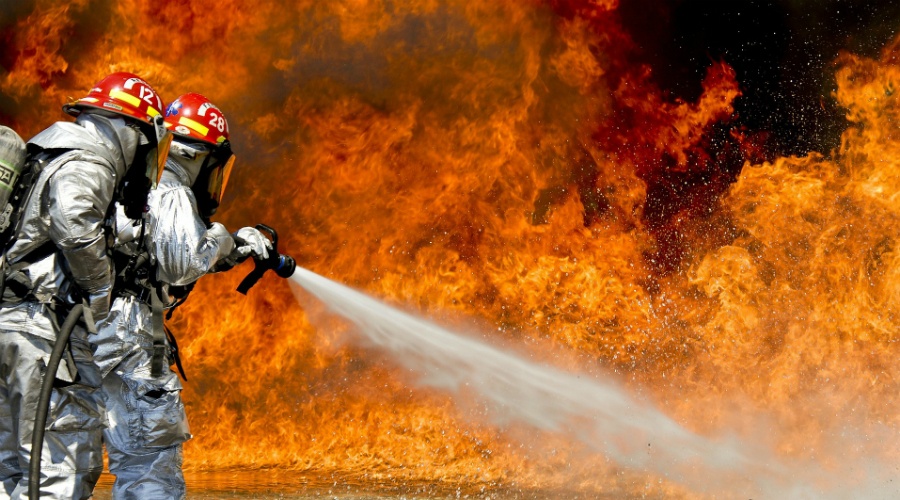 Hazardous locations: how to prevent explosions

Before we dig into how explosions can be prevented, let’s take a quick look at the basics. What are hazardous locations?

Briefly put, hazardous locations are industrial areas that are at risk for explosions or fire. The sensors, typically used in such areas, have the potential to ignite flammable materials like fibers, dust or vapors. In order to prevent a disaster in a hazardous location, these sensors have to be designed and installed in a way that mitigates risks.

How to prevent explosions in hazardous locations

Explosion prevention, in hazardous locations, means eliminating one or more of the so-called ignition triangle’s components – that is heat, fuel and oxygen. There are 3 ways you can do this, let’s have a look:

This is the only one of the 3 methods that allows the explosion to happen. However, it focuses on confining the detonation to a well-defined area in order to avoid its propagation in the surrounding atmosphere. The explosion proof enclosures mentioned above are based on this method.

This method uses particular techniques like pressurization or encapsulation. Its goal is to physically separate (isolate) the hot surfaces, or the electrical parts, from the explosion mixture.

So this method focuses on limiting both the electrical and thermal energy and keeping them at safe levels. These safe levels are maintained under fault condition as well as under normal operation conditions. The most efficient and best known technique of this method is intrinsic safety.

For a circuit to be intrinsically safe, it has to be unable to generate thermal effects, sparks or arcs that can ignite an explosion – under both normal and specific fault conditions.

What does this mean exactly?

Well, it’s all about the design. Intrinsic safety focuses on designing electrical instruments that require very little power to operate. When very little power is used, they cannot ignite a hazardous mixture. In order for a sensor to be intrinsically safe, it has to be certified by national and international agencies.

Even though low power is the marker of good sensor design, simply purchasing such a sensor is not enough. No matter how well-designed this one is, if the wiring is faulty, power can still fluctuate and you still run the risk of explosion ignition.

Aside from intrinsically safe instrumentation, you also need an isolator or a barrier that is intrinsically safe, too. Such devices have a very important role: they can control how much power can go through the sensor. They are wired between the power source or the control system and the sensor itself.

For example, simple sensor that does not generate or store more than 1.5V, 0.1A, 25mW may not even need to be intrinsically safe certified. That’s because they operate on low power. But, if they are installed in a hazardous area, they still need an isolator or a barrier that regulates the power source.

Intrinsic safety is an excellent protection technique for any hazardous location. It helps you to prevent explosions and fire by simply not allowing the conditions for these to happen. When there is not enough heat or spark, your location is safe.