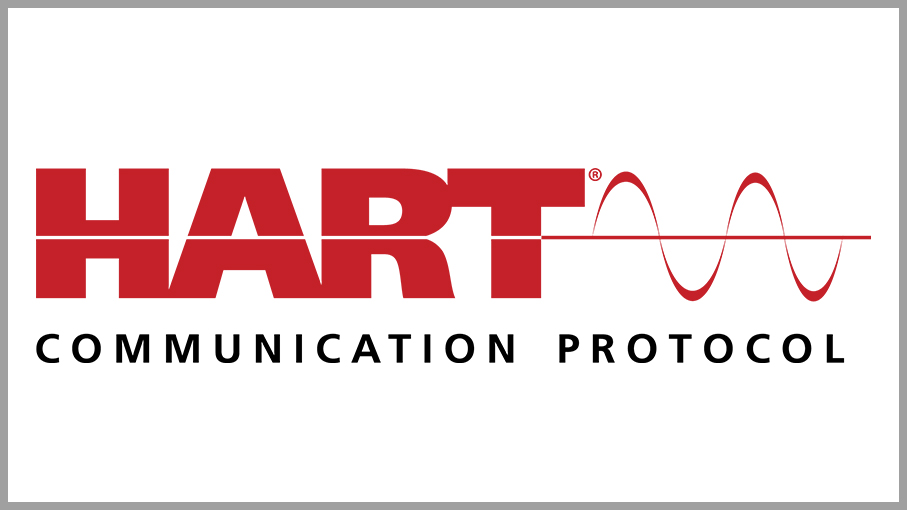 The HART protocol for process automation

Developed in the mid-1980s by the company Rosemount, the Highway Addressable Remote Transducer (HART) protocol is a smart communication technology that supports the simultaneous transmission of analog and digital signals on the same pair of wires.

Backed by a vast installed base throughout the world and widely used in process systems, HART is a protocol that is designed to be compatible with legacy 4–20 mA analog channels, to which it adds 8-bit digital packets. The HART structure supports two-way digital communication between the measuring and control devices. Applications that take advantage of this technology make it possible to query process variables remotely, to access data cyclically, to calibrate, to access operating parameters, and to diagnose instrumentation. Devices with the HART communication protocol overlay an electronic signal onto the analog signal, which can, depending on the manufacturer and the interface system, be monitored and programmed.

Although defined an open protocol, HART does not allow for the full communication of all parameters available with any instrument, but needs drivers for the device in question. As concerns the ISO’s Open Systems Interconnection (OSI) model, at the physical level HART is based on the Bell 202 Frequency-Shift Keying (FSK) standard with 0.4 mA current modulation overlaid on the 4–20 mA analog signal. In terms of the data link, the master sends a HART command to the slave, which executes the action and sends a reply to the master. At the application level, information exchange and the command set between a HART master and a HART slave takes place by way of HART commands.

HART is a robust, secure and reliable communication standard. With a simple configuration process, it is possible to generate and collect a wide range of new process data, thereby increasing the remote diagnostics capabilities of the system and the monitoring of the individual device, while also increasing reliability and eliminating interference.

Legacy HART devices do not always take full advantage of their potential, but in new (smart and multivariate) devices, data is easier to access. They also significantly improve a system’s asset management and monitoring functions and support efficient communication with remote or inaccessible devices. This simplifies remote configuration, commissioning and integration (in control systems) of devices, while reducing commissioning and setup times.

In order to integrate the measures provided by HART devices in a control system, it is possible to implement a point-to-point connection of the 4–20 mA signal or a connection by way of remote or multiplexer HART I/O modules. In rare circumstances, a HART multi-drop connection can be made with a HART I/O system. The greatest limitation of the protocol is the slow update speed, which is about half a second per device.

The HART protocol represents an intermediate step in the transition from analog communication to digital. With the HART communication protocol, an AC signal overlaid on a 4–20 mA DC signal is modulated. Because the communication signal is symmetrical and doesn’t impact the 4–20 mA carrier signal, the two signals can be used at the same time. This enables configuration and diagnostics while the device concerned functions autonomously in the control loop.

A typical application is communication between an analog smart sensor and a monitoring device. While the sensor constantly sends out its analog measurement, the monitoring station can use HART to reach and modify the sensor’s local configuration, such as its field of measurement, by overlaying the 4–20 mA signal without interfering with it. This makes it possible to keep the legacy (point-to-point or multi-drop) analog wiring, which remains extremely widespread, while transmitting advanced information at the same time.

The Field Device Tool / Device Type Manager (FDT/DTM) standard, which is widely used in process automation, makes it possible to integrate devices from different vendors. The FDT frame is a host or standalone application that communicates with the device drivers by way of a series of standard interfaces. All data is exchanged by way of these interfaces, including data generated by an application of design, DTM management, or device configuration. The frame application is also open to HART communication technology and devices that support this protocol.

Finally, the wireless version of HART is also worthy of note. Promoted by the HART Communication Foundation (HCF), WirelessHART came into being in 2007 as a communication protocol for wireless networks aimed at process-automation applications. Based on the IEEE 802.15.4 and ISA SP100 standards, it adds wireless functionality to the HART protocol while maintaining full compatibility with existing HART devices and commands. WirelessHART networks are modern, efficient solutions for vibration monitoring, human-machine interface (HMI) systems, SMS messaging functions, remote I/O, LAN protocol conversions, and the measurement of hydrocarbons, gas, pulverized coal, and water flows, as well as for position sensors in robotics.